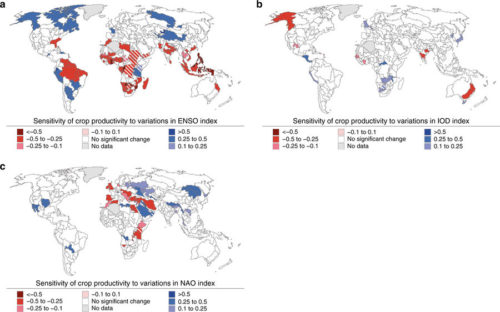 The results emphasize how the crop productivity was significantly influenced by at least one large-scale climate oscillation in two-thirds of global cropland area between year 1961-2010. This work contributes to increased understanding of climatological crop productivity drivers, thus enhancing food security in many of the most vulnerable places on the planet.

Matias Heino is a doctoral candidate in WDRG. His work concentrates on the susceptibility of the global food production system to climate related shocks.