Our researchers recently published a critical nature on the drivers of the Mekong region droughts. The 2019-20 drought has triggered concerns and highlighted the need for research on the communities, information, and regional cooperation.

The 2019/20 Mekong Drought, like those of 2016 and 2010, has triggered wide, growing and legitimate concerns by governments and civil society on the state of the Mekong system. These concerns reflect three important dimensions: worsening conditions on the ground faced by riparian communities who depend on the Mekong for life and livelihood; insufficient information and evidence on the exact implications of development decisions, such as hydropower, climate change and over-exploitation of water resources on the integrity of the Mekong system; and a growing concern towards the diminishing prospect of effective regional cooperation.

The 2019/2020 drought is widely acknowledged as amongst the worst events in recorded history, triggering a number of studies from multiple actors who seek to identify the causes of the drought event. In July 2020 the Centre for International Transboundary Water and Eco-security (Tsinghua University) in collaboration with the Department of Hydraulics (China Institute of Water Resources and Hydropower Research) released 1 a new study on “Drought Characteristics of Lancang – Mekong River Basin and the Impacts of Reservoir Regulation on Streamflow” (hereafter the Tsinghua Study).

The Tsinghua Study aims to provide an analysis on the drought characteristics of the Lancang-Mekong River Basin, and how river regulation affects the natural hydrograph of the Mekong River. The authors employ various datasets to explore meteorological drought 2, and a distributed hydrological model 3 to explore flow provenance and changes in average seasonal flow conditions. The severe 2019 drought which affected the entire basin is also discussed in the analysis of meteorological drought. A journalist approached us for a comment whether the findings of the Tsinghua Study (i) are of interest, and (ii) whether China is to be blamed for the drought in countries on the lower reaches of the River?

The 2019 drought has had devastating consequences on the lower Mekong basin, in this context the initiative and effort by Chinese universities and research institutes to contribute to understanding is welcome and deeply important. It is important because data and understanding of the Lancang component is poor outside of China and generally much poorer than public understanding of the Mekong system 4. We hope the Tsinghua Study authors will use this opportunity to work with Mekong counterparts and extend this study as a regional effort and with an emphasis on addressing the comments outlined below, including filling some of the major data gaps relating to observed water levels and flow at reaches of the Lancang River and downstream of the major hydropower projects in the Lancang cascade. Such an effort would be a significant, effective step towards achieving the stated objectives of the Tsinghua Study.

As the report currently stands, we conclude it does not provide substantial new information or improved understanding on the causes of drought generally or the 2019 drought specifically. The report confirm previous/existing studies that there is a strong long-term (1901-2019) increasing trend in the frequency of severe meteorological drought – a conclusion which has already been reported in numerous publications over the past 10 years 5. The study does use the SPEI and SPI indices to quantify the severity of the 2019 drought which is useful.

2. Need for greater clarity on the types and nature of drought analysed and the degree of influence that hydropower operations have on flow alteration

We found that the Tsinghua Study has undertaken modelling up to 2019 but does not specifically analyse the controversial drought events of 2010, 2016, and 2019 from a hydro-ecological perspective, nor does the study estimate the separate and combined effect of meteorological drought and hydropower operations. Chapter 2 of the Tsinghua Study makes clear that such analysis could be undertaken with the data and tools assembled. Such analysis will greatly improve the contribution of the Study to regional understanding.

In addition, the Tsinghua study draws basin-wide conclusions on trends in drought occurrence, but the figures included show both increasing and decreasing spatial trends in the sub-catchments which should be further analysed and drawn out. This is important for the Mekong given the variance in hydro-climatic forces that underpin the hydrology in different parts of the basin (for example snow melt, Southeast Monsoon, Northeast Monsoon, Western Pacific Cyclones etc), and the interest to understand specifically the influence of drought in specific sub-regions of the river on downstream conditions.

Section 3.4 which presents the impact of reservoir regulation on mainstream discharge are not relevant for drought conditions of a flood-pulse river like the Mekong.

These findings show the annual and long-term average changes in the Mekong hydrograph; however, in the Mekong context not every dry season is a drought, and not every wet season is an extreme flood. Under natural conditions the Mekong experiences an annual flood pulse where the seasonal variation in water levels plays a

significant role in the biodiversity and productivity of the Mekong system. This annual pulse is different to the extreme flood and drought events which can have devastating consequences on the Mekong communities. The Tsinghua study needs to better differentiate between average and extreme dry events and provide observed and modelled data for the annual hydrograph of specific years under drought conditions (for example, 2010, 2016 and 2019).

4. Findings on water-related benefits of hydropower lack appropriate context and give a partial, potential mis-leading picture of flow-regime change

The Tsinghua Study concludes that hydropower operations could provide a number of benefits to downstream including increased water availability in the dry season and flood protection. However, they do not mention or analyse the implications for the various benefits of the natural flood regime (flood recession agriculture, fisheries, ecosystem productivity, food security, water-related livelihoods). A balanced view should consider all implications of change.

5. Findings on the benefits of water-related benefits of hydropower are not substantiated

In theory, drought alleviation and flood protection from large reservoirs can be achieved to some extent, however, experience has shown that this is not always the case and is highly dependent on how reservoirs and dams are managed and operated 6. Given that the hydropower reservoirs in both the Mekong and Lancang are almost exclusively for power-production, conclusions related to the benefits of hydropower for drought alleviation and flood protection need further substantiation. At present there is no evidence that the Lancang cascade has flood and drought management explicitly in their operation strategies and the Tsinghua study does not provide this evidence which is necessary to substantiate the conclusions drawn about hydropower benefits. Further evidence is needed of the specific changes in river water levels during drought events to show how reservoir operations alleviate (by releasing more water) or exacerbate (by releasing less water than naturally would occur) hydrological drought conditions downstream. This is especially pertinent for the Mekong reaches downstream of the Lancang cascade. Provision of reservoir operation strategies and analysis of their manifestation in observed gauging records by the Tsinghua Study would be a major contribution to understanding of the role of Lancang hydropower on water availability during drought (and flood) conditions and we urge the authors to expand the analysis to include this.

Conclusion: important step towards regional cooperation, but lack of novelty

The Tsinghua Study is an important step by leading Chinese institutions to contribute to a regional debate surrounding drought and regional water management in the Mekong Basin. At present the study does not provide any substantial new information which clarifies the causes of the drought conditions in 2019 or the role of the Lancang hydropower cascade in low downstream water levels. Importantly, the description of the methodology suggests that the study could make such contributions if the analysis was expanded to address the comments above. Further if the expanded analysis was undertaken collaboratively with Mekong research partners, the Tsinghua study has the potential to make an important step towards regional cooperation and sharing of observed data on the Lancang – two critical barriers impeding sustainable management of the transboundary Mekong Basin.

4 Here we use the distinction adopted by the Tsinghua Study to refer to the Upper Mekong as Lancang River and Lower Mekong as Mekong River.

6 There examples from within the Mekong Basin where large hydropower projects can actually exacerbate events, see for example Ketelsen et al. (2013). 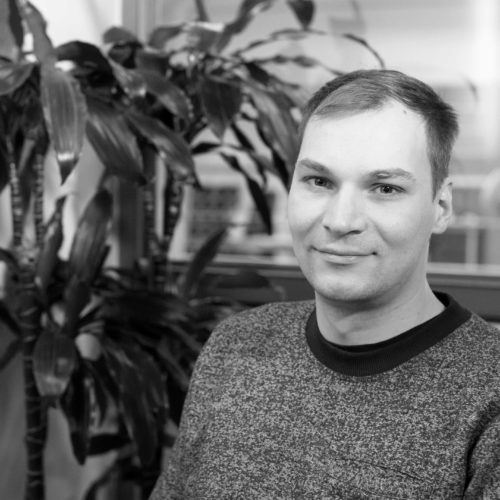 Marko Kallio works as a doctoral student in WDRG and in GIS Research group in Aalto. Timo Räsänen worked in WDRG as a doctoral candidate and a postdoc until 2017. More information at Amperes. This commentary a great example of the science-policy discussion WDRG actively participates to – the research impacts takes place in the society.