Career path – does it need to be straightforward?

Meeri Karvinen has studied for several years, how sustainability is implemented and taught in higher education. Part of her research has focused on water and environmental engineering (WAT) alumni, employers, and career paths. Karvinen finds career paths a fascinating topic, as they seldom are very straightforward. Even within one academic field, like water and environmental engineering, the motivation for studying the topic varies, not to mention the variety and uncertainty in students’ and fresh graduates’ career plans. In this text, she shares her own career path, which made a few turns before finding the right direction.

I work as a doctoral researcher, and at the moment also as a substitute university teacher in the water and environmental engineering research group. As a part of my job, I coordinate and facilitate students’ portfolio and academic mentoring process, and develop our WAT master’s programme e.g. through annual student feedback surveys. My current position feels natural to me, since I like teaching and research, and want to have an impact on the wellbeing of the planet and people. But if I had been asked for my future career plans as a young biology student 20 years ago, I guess this kind of position would not have been on the list. Many of us know how challenging it may be to choose one’s direction, and despite of that, the pressure of making these decisions is faced earlier and earlier in life.

When thinking about this blogpost, I thought I could share my own path, partly to comfort those who are still struggling with their direction but also to embrace, how an (academic) career does not need to be straightforward to be meaningful, impactful and important. My path so far has been affected by a mixture of things and actions: my own excitement on a thousand interesting topics, seizing open opportunities, environmental anxiety, mental health, family, organizational changes, right people and pure happenstance.

In high school, I could have pictured myself studying whatever natural sciences – I tried to choose between astronomy, meteorology, medicine, veterinary, geography, and biology, just to name a few of my alternatives. I ended up choosing biology only because I knew something about studying biology through my sister. During the first study year, I really wanted to start specializing in microbiology, but already less than one year later – after the first field course, 6 weeks in a biological station – I turned into a pure ecologist. After inspiring exchange studies at Uppsala University and a good experience from a certain research internship, I started to do my master’s thesis in the field of evolutionary biology, on sexual selection. 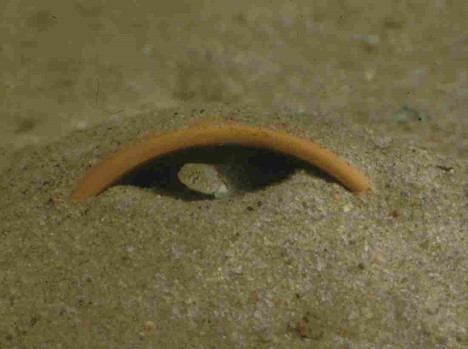 I had a good research group and professor, a basic understanding of female choice in sand gobies, and an interesting new research opening about the effect of male sounds in female choice (yes, fish do make sounds that have a real impact on their evolution). I could have continued doing a PhD and created a nice research career in the field. Instead, I once again made a turn.

I did start a PhD, but on the effect of decaying wood on urban biodiversity, and not on male sand goby sounds. This decision was mainly due to the environmental anxiety I was suffering from. I was about to lose the forest I loved the most, the sandy-bottom spring stream of my childhood, the hours spent watching birds in varying forest habitats, the sense of wilderness. My forest was to become a home for three thousand new residents, and I wanted to have an impact on urban planning and for the way people think about nature in cities. 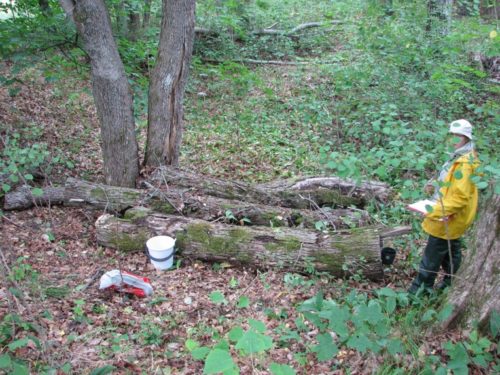 Urban ecologist Karvinen doing her field work in an urban forest in 2006. Decaying wood is essential for urban forests, as it is for all forest ecosystems.

As you may already guess, that was not my final direction. After several years, two sons and depression, I decided not to return to my home university for my PhD, but to search for something else. I was unemployed for a few months, but in 2013 I started to work for sustainable campuses in Aalto University. Even here in Aalto, my tasks have changed many times, but this time almost every time without my direct impact, but due to changes in the organization. The only decision I have made during my Aalto years was applying for doctoral study rights in 2015.

This decision is finally the direction I’ve been searching for. In WAT Programme, I have the possibility to investigate, how our programme contributes to the learning outcomes of students, and how their motivation and plans change along their two-year studies. I want to understand, how we could continuously develop higher education to support and encourage young experts in their path to promote the wellbeing of the planet and people. What I didn’t realize as a young adult was, that I can do it better through education, and not trough natural sciences.

What did I want to say with this story? That sometimes it may take 20 years to find the right direction, while some are able to hit the target already at the beginning of their adulthood. Nevertheless, I am grateful for the current support that students are offered for their study and career planning, and that I can be involved in that work. Maybe, if we had had the same support structures for students when I was drifting from microbiology to ecology and through the sexual selection to urban biodiversity, someone could have made me stop and think for a while. Maybe I could have had a bit shorter search for my direction, but you never know. However, without the inspiring but frustrating meandering, I would not have ended up in this current position and my current understanding of the world.

Now all the loops I have made make sense and feel, if not necessary, at least useful.